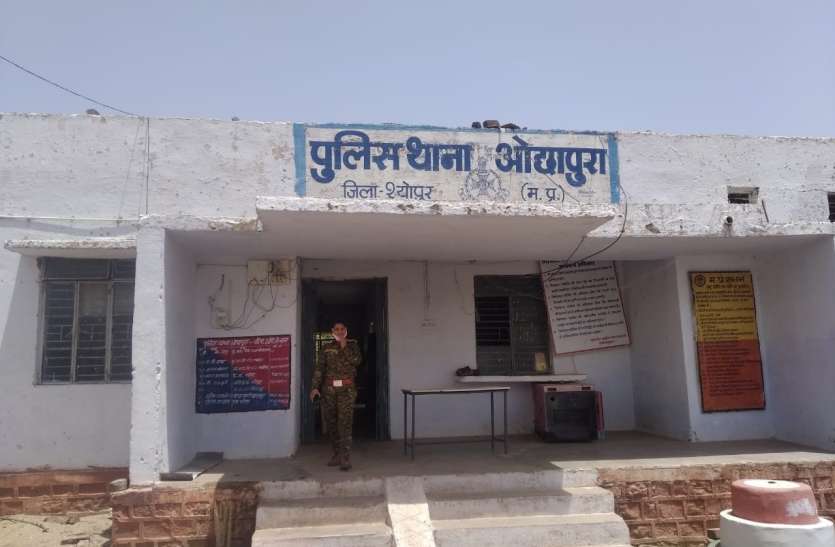 Incident in Ochhapura village, the deceased got here again from Bangalore after lockdown

Ochhapura / Sheopur
To take away the mango tree that was mendacity within the roof of the tractor, the younger man climbed on the mango tree, the tree fell down breaking. Due to which he died on the spot. This incident is of village Ochhapura of Tehsil Virpur on Sunday morning. The deceased youth labored in Bangalore. But got here again from Bangalore solely a few days in the past due to the lockdown. The Ochhapura police station has registered a case and began investigating the case.
Ochhapura police station in-charge Ankita Bhargava stated that 30-year-old son Gopal Goud, a resident of Ochhapura, was plowing the sector with a tractor on Sunday, alongside along with his uncle Sriganesh. While plowing, the mango plant was caught within the roof of the tractor. Shimbhu climbed the mango tree to take away the dali. But his weight broke the mango plant. Due to which Shimbhu fell down and died shortly after. In this case, registering the highway and began investigating the incident. After PM, the useless physique was handed over to the household.

Sister overwhelmed brother-in-law, case registered
Sheopur,
The police have registered a case of assault on the criticism of a younger man injured in an assault by his sister-in-law. Last night, the younger man was injured within the struggle and admitted to the district hospital.
Country police station in-charge Gaurav Sharma stated that Rameshwar Suman, a resident of village Nagadi, had gone to his in-laws Jalalpura hut along with his spouse on Friday. Where there was a dispute between Rameshwar and his sister-in-law Chinta Bai over the previous rivalry. In the dispute, sister-in-law assaulted brother-in-law Rameshwar with a stick. As a results of which he was injured. On the report of Rameshwar’s spouse Rinkesh, a case of assault has been registered in opposition to Chinta Bai.